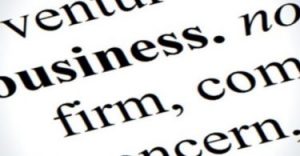 More than 1 million NHS staff, including nurses, midwives and paramedics, will get a pay rise of £1,400, equivalent to 4%. However, cleaners and porters will get 9.3% while dentists and consultant doctors will receive 4.5%.Teachers have been awarded 5% – though newly qualified teachers will get 8.9%.Police officers in England and Wales will receive a consolidated pay award of £1,900, equivalent to a 5% increase overall.
announced the pay rises on Tuesday, with NHS staff receiving a rise of at least 4.5%, teachers at least 5% and £1,900 for police officers.
Health unions angrily denounced the NHS pay rises as a “betrayal” and “a kick in the teeth”, and warned stoppages could be on the horizon.
Unions warn many workers will quit teaching, nursing and social care rather than take real-terms pay cutPublic sector unions raised the prospect of widespread strikes in schools and hospitals after being told millions of their workers are to receive below-inflation pay rises.Ministers
Source: the guardian