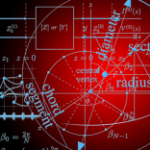 Tiny self-propelled robo-fish can swim around, latch on to free-floating microplastics and fix itself if it gets damagedScientists have designed a tiny robot-fish that is programmed to remove microplastics from seas and oceans by swimming around and adsorbing them on its soft, flexible, self-healing body.Microplastics
are the billions of tiny plastic particles which fragment from the bigger plastic things used every day such as water bottles, car tyres and synthetic T-shirts.
They are one of the 21st century’s biggest environmental problems because once they are dispersed into the environment through the breakdown of larger plastics they are very hard to get rid of, making their way into drinking water, produce, and food, harming the environment and animal and human health.
Source: the guardian