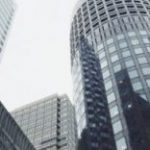 National Highway Traffic Safety Administration releases statistics collected between July 2021 and May this yearUS automakers reported nearly 400 crashes in 10 months involving vehicles with partially automated driver-assist systems, including 273 with Teslas, according to statistics released by federal safety regulators.The
National Highway Traffic Safety Administration (NHTSA) cautioned against using the numbers to compare automakers, saying it did not weight them by the number of vehicles from each manufacturer or how many miles those vehicles traveled.
Source: the guardian