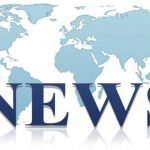 Biden: ‘This Maga crowd is really the most extreme political organization that exists in American history’How soon could states outlaw abortions if Roe v Wade is overturned?Protesters swarm outside US supreme courtContraception could come under fire nextCalifornia pledges to protect abortion rightsWhat the justices have said and how they’ve voted on abortionThe judge overseeing the federal civil rights cases of four former Minneapolis police officers in the killing of George Floyd said Wednesday that he has accepted the terms of Derek Chauvin’s plea agreement and will sentence him to 20 to 25 years in prison.When
the white former office is sentenced he will serve the term concurrently with the state criminal sentence he is currently serving (and appealing), of 22.5 years, following his conviction last spring for the May 2020 murder of Floyd, a Black father who had moved from Houston to Minneapolis to start a new chapter after being released from prison.
Source: the guardian