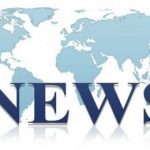 Scott Morrison placing the economy at the centre of his re-election pitch and playing down his broken promise to establish a commonwealth integrity commission, the poll highlights pressures the Coalition may face as it seeks to hold socially progressive seats.Sign
Source: https://www.theguardian.com/australia-news/2022/apr/20/australian-christian-lobby-targets-liberal-mps-who-voted-against-religious-discrimination-laws