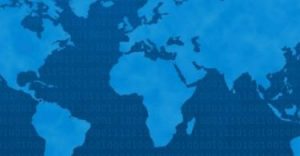 remember Bogdanovich in 2018, frail and unwell as he then reportedly was, dominating the Venice Film Festival with two important movies showing there: his superb documentary about Buster Keaton (whose reputation and importance he typically boosted for the 21st century) and his edited, “salvaged” account of Orson Welles’s lost, sprawling movie The Other Side Of The Wind, in which Bogdanovich himself starred, satirising the trauma of the Hollywood old guard in having the baton prised from their grasp by the young Turks. With the touch of restless young genius, he seemed to reinvent pulp crime, the western, the road movie and the screwball comedy – in short order.I myself met him only once, at a lunch in London’s Soho to launch his very good and underrated film The Cat’s Meow in 2004, about the mysterious true-crime “Hollywood Babylon” story about the death of a film mogul aboard WR Hearst’s yacht in 1924. In one plot strand, the horror icon Boris Karloff plays something like himself; in the other plot, a kid becomes obsessed with guns and creating some real horror. The simple association was elegant, ingenious, equal to the meta-horror playfulness that became fashionable 30 years later. The writer-director’s death at 82 leaves behind a legacy of impactful films, from The Last Picture Show to Mask, and also a deep love of the craftPeter Bogdanovich: a life in picturesPeter Bogdanovich, acclaimed writer-director, dies at 82Peter Bogdanovich was the blazing night-sky comet of the New Hollywood generation whose trajectory got knocked off course a little, by personal tragedy and the contingencies of show business, but kept hurtling onwards with brilliant work and passionate cinephilia to the very end. His first four hits, Targets (1968), The Last Picture Show (1971), What’s Up Doc? (1972) and Paper Moon (1973) were somehow both thrillingly and authentically modern and yet also instantly belonged to the classic pantheon. And Bogdanovich sat at Welles’s feet, the way Truffaut sat at Hitchcock’s, and perhaps consciously assumed the mantle of the sorcerer’s apprentice, although learned the way all Welles’s associates learned, how capricious and hurtful Welles could be. But in his later years, taking a creative comfort in well-crafted comedy in the classic Hollywood style, he found himself being supported and bankrolled by younger proteges like Wes Anderson and Noah Baumbach who were as awestruck by Bogdanovich as he himself once was of John Ford and Howard Hawks.I was a fascinatingly strange, experimental, underrated and misunderstood work which absorbed the defiant energy of countercultural cinema, with the pulp violence of Gun Crazy or In Cold Blood or Reservoir Dogs.
Source: https://www.theguardian.com/film/2022/jan/06/peter-bogdanovich-dies-acclaimed-writer-director

The Oscar-nominated film-maker, known for The Last Picture Show and Paper Moon, has died of natural causesPeter Bogdanovich: a loving cineaste and fearless genius of cinemaPeter Bogdanovich: a life in picturesPeter Bogdanovich, Oscar-nominated writer and director, has died at the age of 82.The film-maker, whose many credits included The Last Picture Show, What’s Up Doc? and Paper Moon, died of natural causes according to his daughter Antonia Bogdanovich.
Source: https://www.theguardian.com/film/2022/jan/06/peter-bogdanovich-a-loving-cineaste-and-fearless-genius-of-cinema