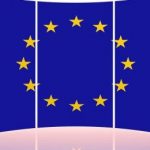 It was clear who the losers were in the dispute between Poland and Belarus.
The thousands of migrants who became stranded on the border in freezing conditions had their dreams of a new future in Europe dashed, and some are now being repatriated to their home countries.
But for Poland's government, the crisis helped to divert attention from a series of uncomfortable issues.
Source: CNN