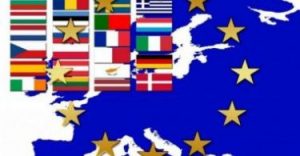 Death of 55-year-old attacked in Onda is first such fatality since events resumed after Covid hiatusA man has died after he was gored at a bull-running festival in eastern Spain, the first such fatality in the country since events resumed after Covid-19 curbs were relaxed during the summer.The
Other participants tried to entice the animal away but their efforts failed.
55-year-old, who has not been named, was repeatedly attacked by a bull at a festival in Onda, the town’s council said on Saturday.
Source: the guardian