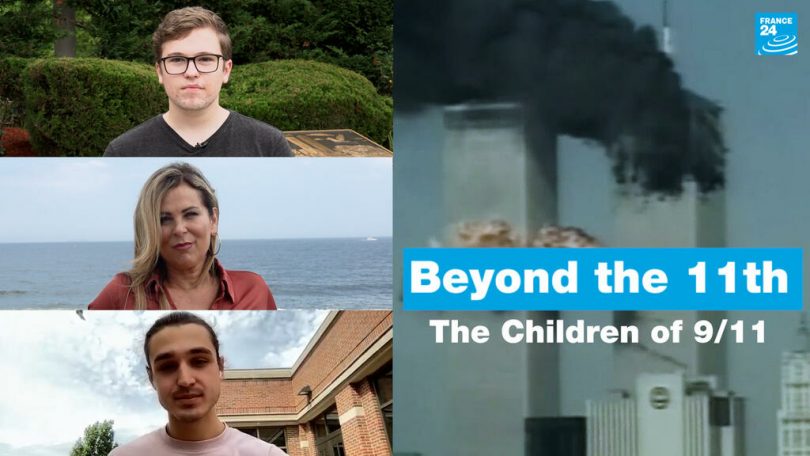 In this third episode, we meet members of the Arab and Muslim communities from Jersey City and Paterson. They talk about the discriminations and hostility they still face, 20 years later – but also about the support they receive. Four planes hijacked, nearly 3,000 dead – and then there were the images, which the whole world witnessed live, in shock.
Source: https://www.france24.com/en/video/20210910-beyond-the11th-american-stories-part-2-4-the-children-of-9-11

Twenty years later, FRANCE 24 went to meet Americans directly impacted by that fateful day. They tell the stories of their life after. In this second episode, we meet Jake, Lisa and Nicholas, for whom the past 20 years have meant missing someone. On September 11, 2001, the world was turned upside down. They are just a few of the 3,000-plus people who lost a parent on 9/11.
Source: https://www.france24.com/en/video/20210913-beyond-september-11th-american-stories-part-3-4-muslims-9-11-s-collateral-damage