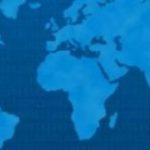 The trial of Derek Chauvin, the former police officer accused of killing George Floyd on May 25, 2020, opened on March 8 in the US city of Minneapolis.
With the world watching, Floyd's family and racial justice activists are hoping this trial will be a turning point for how justice is served in the country.
After a two-week-long jury selection process, the first witnesses took the stand on March 29. Chauvin is facing three charges, including second- and third-degree murder.
Our US correspondents Fanny Allard and Kethevane Gorjestani report.
Source: france24.com