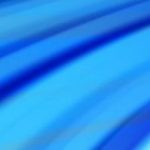 A decade after Myanmar’s highly praised opening to the outside world following decades of military rule, the armed forces are back in power.
It’s another blow for the nascent democracy after accusations of genocide against the cou
Three months after Aung San Suu Kyi, the daughter of the country’s modern founder, secured a third landslide election victory, the generals are disputing the vote and have detained Suu Kyi again — setting off major street protests that have been met with lethal force.
Source: washington post