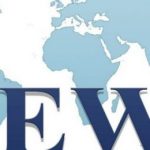 Ban and £827,000 fine follow Guardian investigationFifa finds he sexually harassed and abused female playersJean-Bart plans to appeal to court of arbitration for sportFifa has banned Yves Jean-Bart, the president of the Haiti Football Federation, from all football-related activities and fined him 1m Swiss francs (£827,000) after its ethics committee found him guilty of having abused his position and sexually harassed and abused various female players, including minors.Jean-Bart, known as “Dadou”, was first accused of coercing several players at the Centre Technique National in Croix-des-Bouquets into having sex with him in an article in the Guardian in April, after allegations were made by numerous sources involved with the centre, including alleged victims and their families.
Source: https://www.washingtontimes.com/news/2020/nov/20/fifa-bans-haitian-soccer-president-for-life-for-se/?utm_source=RSS_Feed&utm_medium=RSS