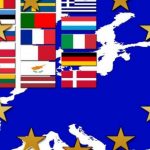 Hashim Thaçi was guerrilla leader during 1990s war for independence from SerbiaKosovo’s president, Hashim Thaçi, a guerrilla leader during the country’s war for independence from Serbia in the 1990s, has resigned to face charges for war crimes and crimes against humanity at a special court based in The Hague.Thaçi announced his resignation at a news conference in Pristina, Kosovo’s capital.
He said he was taking the step “to protect the integrity of the presidency of Kosovo”.
Source: the guardian