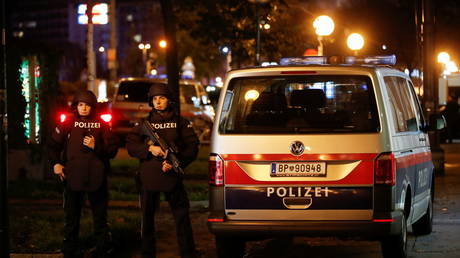 At least one of his accomplices is believed to be on the run. Read Full Article at RT.com
Source: https://www.rt.com/news/505318-austria-attack-armed-dangerous/?utm_source=rss&utm_medium=rss&utm_campaign=RSS

Austrian Interior Minister Karl Nehammer has said that special forces have been on a hunt for “presumed terrorists” who wrought havoc in Vienna, killing at least one, describing the attackers as “heavily armed” and “mobile.”
Source: https://www.rt.com/news/505326-vienna-attack-islamic-state/?utm_source=rss&utm_medium=rss&utm_campaign=RSS