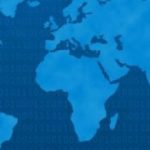 Announcement comes after growing protests, but critics say it does not go far enoughNigeria’s government has dissolved an infamous police unit plagued with allegations of extrajudicial killings and abuse after days of protests against police brutality.A
wave of outrage had been fuelled over the last week by the emergence online of graphic footage and shared experiences of abuses by the Special Anti-Robbery Squad, commonly called Sars.
Source: the guardian