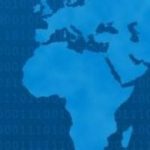 HOUSTON (AP) – A judge on Monday dismissed two of the charges a chemical manufacturer and one of its former executives were facing during an ongoing trial over a fire at the company’s suburban Houston plant during Hurricane Harvey that sent toxic smoke into the air in 2017.
Source: washington times