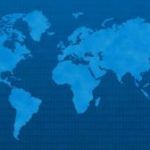 demonstration in central Jerusalem on Saturday, along with smaller gatherings in Tel Aviv, near Netanyahu’s beach house in central Israel and at dozens of busy intersections nationwide, was one of the largest turnouts in weeks of protests.
Crowds gathered in central Jerusalem, Tel Aviv and outside the PM’s beach house amid anger at his handling of the virus crisis and corruptionThousands of demonstrators have gathered outside the official residence of prime minister Benjamin Netanyahu and thronged the streets of central Jerusalem, as weeks of protests against the Israeli leader appeared to be gaining steam.The
Source: the guardian