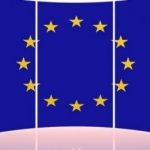 Exclusive: Journalist who became the voice of the victims of Australia’s punitive detention system granted a visa after seven-year ordeal Behrouz Boochani, the Kurdish Iranian exile and journalist who became the voice of those incarcerated on Manus Island, has had his refugee status formally recognised by New Zealand, and granted a visa to live there.He said he finally felt secure “knowing that I have a future”.
Source: https://www.aljazeera.com/news/2020/07/behrouz-boochani-granted-refugee-status-zealand-200724062459111.html