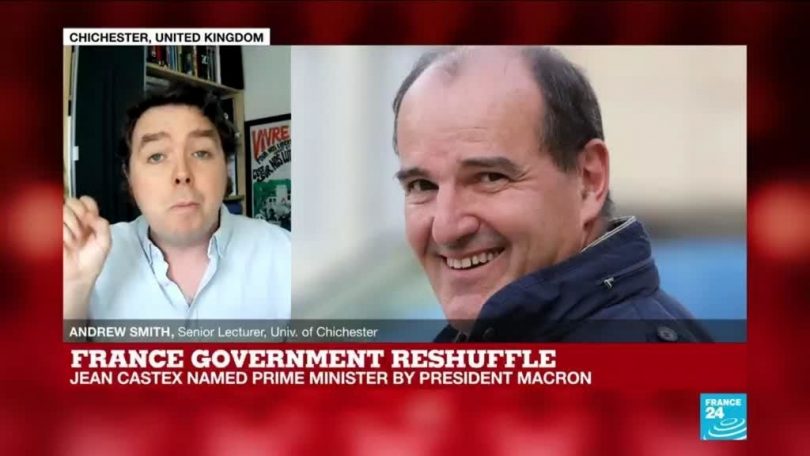 Rather unknown to the public, Castex once served as deputy general secretary for the Élysée Palace under Nicolas Sarkozy's presidency and came back to the public light in early April when appointed to organise the government's strategy to end Covid-19 lockdown measures.
Source: https://www.france24.com/en/video/20200703-macron-is-putting-himself-back-in-control-by-naming-jean-castex-french-prime-minister