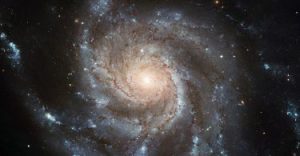 inaugural launch had appeared to be going well until moments after the rocket was dropped from beneath the left wing of the jumbo jet dubbed “Cosmic Girl”.
Mission terminated early in flight over Pacific Ocean off coast of southern CaliforniaRichard Branson’s Virgin Orbit has failed in its first test launch of a new rocket carried by a Boeing 747 and released over the Pacific Ocean off the coast of southern California.The
Source: the guardian