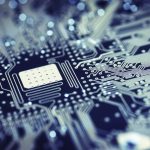 It will be the first time a private company, rather than a national government, sends astronauts into orbit.
(AP) – The two astronauts who will end a nine-year launch drought for NASA flew to Kennedy Space Center on Wednesday, exactly one week before their historic SpaceX flight.
Source: washington times